Established in 1996, Rowhill Consulting Group is a leading provider of customized leadership development solutions. We have a proven track record of designing learning & development solutions that challenge & develop skills, knowledge, and abilities of all levels of management. We have successfully served our corporate clients and take pride in our ability to design learning that is effective across many cultural and geographic settings. Rowhill faculty have deep experience as international advisors & educators, delivering learning solutions in the Americas, Africa, Europe, the Middle East, and across Asia Pacific. 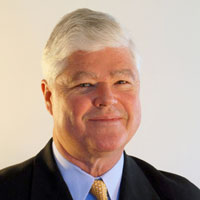 Prior to founding Rowhill Consulting Group, Jim served as the Vice President of the International Consortium for Executive Development Research. At ICEDR, Jim directed the Enterprise Learning System project, and participated in field studies examining leadership challenges in transnational companies.

At PricewaterhouseCoopers, he was the Chief Learning Officer (CLO).  Jim led PwC’s Executive and Organizational Development, The Americas Leader for Learning & Education, and R&D Head for Learning & Education. Reporting to the Chairman, Jim was the partner responsible for development of PwC’s talent pipeline and enterprise learning management system, and led partnerships with the firm’s HR, knowledge management, and IT functions. 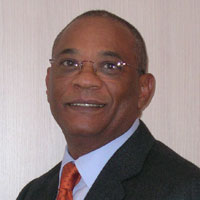 Wendall Pietersen is a South African naturalized Italian citizen former professor and practitioner in the Social Sciences. He completed degrees in South Africa and the United States of America. He brings more than 30 years of multi-cultural experience in teaching and developing leaders around the world. In his academic positions, he led numerous projects focused on Public Health and Community Organization activities. Wendall was designated as the lead coach for Royal Dutch Shell’s global executive development programs. He also delivers leadership programs for the Nigerian National Petroleum Corporation, Qatar Finance and Business Academy amongst other major companies.

In 1978, he moved to the United States where he took up the position of visiting professor at the Graduate School of Social Work at the University of North Carolina at Chapel Hill where he also lectured in the School of Public Health and the Department of African Studies. Working with the United Nations in Washington DC. , Wendall was appointed as the Assistant Director of the Council of International Programs North Carolina.

Wendall moved to Italy in 1981 where he was appointed professor at the University of Modern Languages in Milan. He also initiated first curriculums to what was to become the School of Public Relations. Wendall provides coaching and leadership programs in Europe, Africa, Middle East, Russia and the United States.

Wendall started collaborating with various institutions such as the Research Institute of Mario Negri and the Assoreni Group and has since provided consulting for Royal Dutch Shell, Castle Cement, The Nigerian National Petroleum Corporation, and the Qatar Finance and Business Academy. Wendall Specializes in leadership coaching, conflict resolution, organization behavior and effective communication skills. He lives in Milan, Italy where he works as an executive coach and leadership development consultant. 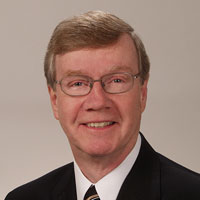 Ken Graham has enjoyed special success with engineers, scientists, physicians, and computer professionals. His extensive experience in other countries and cultures makes him look to variables of national cultures and enterprise cultures to build leader strength.

He served as Head of Global Leadership Development for Royal Dutch Shell Exploration & Production, living in The Hague. Ken built the series of leader skill development programs in use today across Shell globally. He partnered with Rowhill Consulting, LLC, to build and deliver this groundbreaking initiative that used inquiry, role play, and coaching to deepen both direction setting and behavior skills in Shell leaders.

He served as Associate Dean of Executive Education for Penn State Executive Programs, growing those programs at 35% per year for 5 years. Ken built the very successful Executive MBA in Mexico City with the University of Texas at Austin and ITESM, the leading business school in Mexico and also was co-creator of the Executive Engineering Management Master’s Degree Program for UT-Austin.

Ken holds a Ph.D. in business strategy from Pennsylvania State University, a Master’s in Business Administration, and a Bachelor’s with Honors in Business. 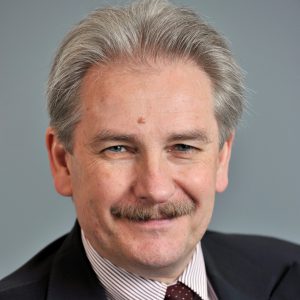 Dave recently retired (March 2016) from Royal Dutch Shell where his ultimate role after 40 years in the Oil and Gas Industry was Global VP for Upstream Development Growth and JVs as well as being Shell’s Group Chief Reservoir Engineer, a role he had held for 10 years. He was routinely called on to lead highest level reviews of “Flagship” ( multi billion dollar ) corporate Oil and Gas projects providing assurance and recommendations to Director level on strategy and investment robustness.  Dave has similarly been a member of Joint Venture boards for major projects in Kuwait (Shell/ KOC) and Abu Dhabi (Shell/ADNOC) and was a Director for Shell Kuwait Exploration and Production. He managed a total of 250 staff of multiple nationalities located in the Netherlands, India, Singapore and Kuwait.

Prior roles within Shell included VP Upstream Development for the EMEA region overseeing development engineering work for projects in Europe, Russia, the Middle East and Africa. He had also served in the early 2000’s as Shell’s Global staff manager for Petroleum Engineering and Development. In this role he worked on Shell’s Career development processes, defining career paths for technical staff to the highest leadership roles in the company. His early career with Shell was spent as a reservoir engineer and development team lead in Malaysia, Oman, Denmark, UK and The Netherlands.

Dave is British.  After obtaining his degree in Applied Physics at Strathclyde University he worked for two years as a Schlumberger engineer in South America, including a period as Base Manager in a remote part of Bolivia. He subsequently gained a Masters in Petroleum Engineering from Heriot Watt and joined Shell in 1979. He is a long standing member of the Society of Petroleum Engineers.

Receive world class insights from our team of international experts